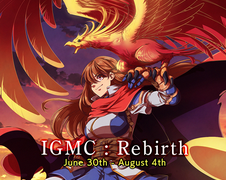 This is a submission to Indie Game Making Contest: Rebirth

View the submission page for this entry

A downloadable game for Windows

Sacred Earth - Alternative is a short hybrid visual novel/RPG proof of concept that tells the beginning of a story about a broken world and the people left behind on it.

Play as a lone girl who has awoken after a long slumber, and travel to learn and remember just what happened here, and where all of your friends have gone.

Halo MirageV, I played the game to completion and I wanted to give my thoughts…HOWEVER. I did come out fairly negative, and this seems a very “tailored to the people who know the context” sort of game, so feel free to ignore me. I have a very specific taste and this didn’t work for me.

Overall, I do not feel very comfortable criticizing the story and such, because I feel this was not made for me. As I understand it this is an offshoot of an already existing game series, and with no knowledge of that, I am left cold on a lot of the story and I don’t get grabbed and engaged too much. It doesn’t help that I’m TOLD what to feel rather than see why I should, and I felt extremely disconnected emotionally.

I’m pretty sure this would hit way different if I knew the context and had an existing link to these characters, but as I don’t, there’s not a whole lot I can say.

I’m linking the vid, but I was pretty negative, so feel free to skip it. I understand my style is not for everyone (especially when it’s your own game).

This is a semi visual novel type jam game, so while it’s not as wordy as the traditional visual novel experience it will still hit that want for more text compared to usual games!

As a semi visual novel, combat have been added to mix it up. It is a fun surprise to see what monster you get during the Combat nodes, you may even reroll them if you don’t like it for a fee! The first combat node however, would probably benefit from having a predetermined lower level monster. It was hard to gauge the difficulty level of the monsters you encounter on your first play, as they are generated with RNG. There is a chance of going against full danger bars as your first battle and the battles continuing after that rather easily. On my first two plays, I got the max difficulty stone golem as my first and next node monster. And even though I beat them no problem, my understanding of this games’ difficulty rating got skewed. It’s only on my test in the third play that I finally got a 1-2 difficulty monster at the start.

The plot starts out slow, as expected with many amnesia stories. But, you eventually get more backstory revealed to you as you travel the nodes. A nice touch is that the nodes reveal themselves more as you progress so if you don’t want to miss anything, don’t skip out on those nodes!

MC’s old team of girls are quirky, each in their own way once you finally find them. I wish there was more drip feed buildup of info prior to meeting them considering the visual novel tag, but as a rpg for a game jam, it’s enough info to get the main plot across.

P.S Without spoilers, my favorite would be the last girl. She’s very zen, you’ll know when you meet her! 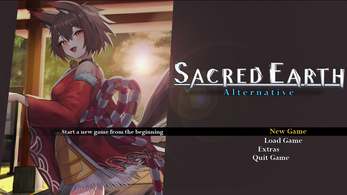 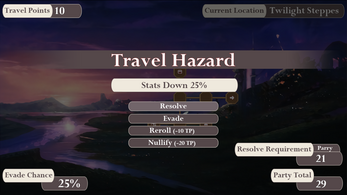 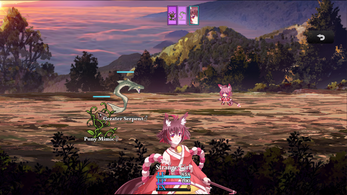